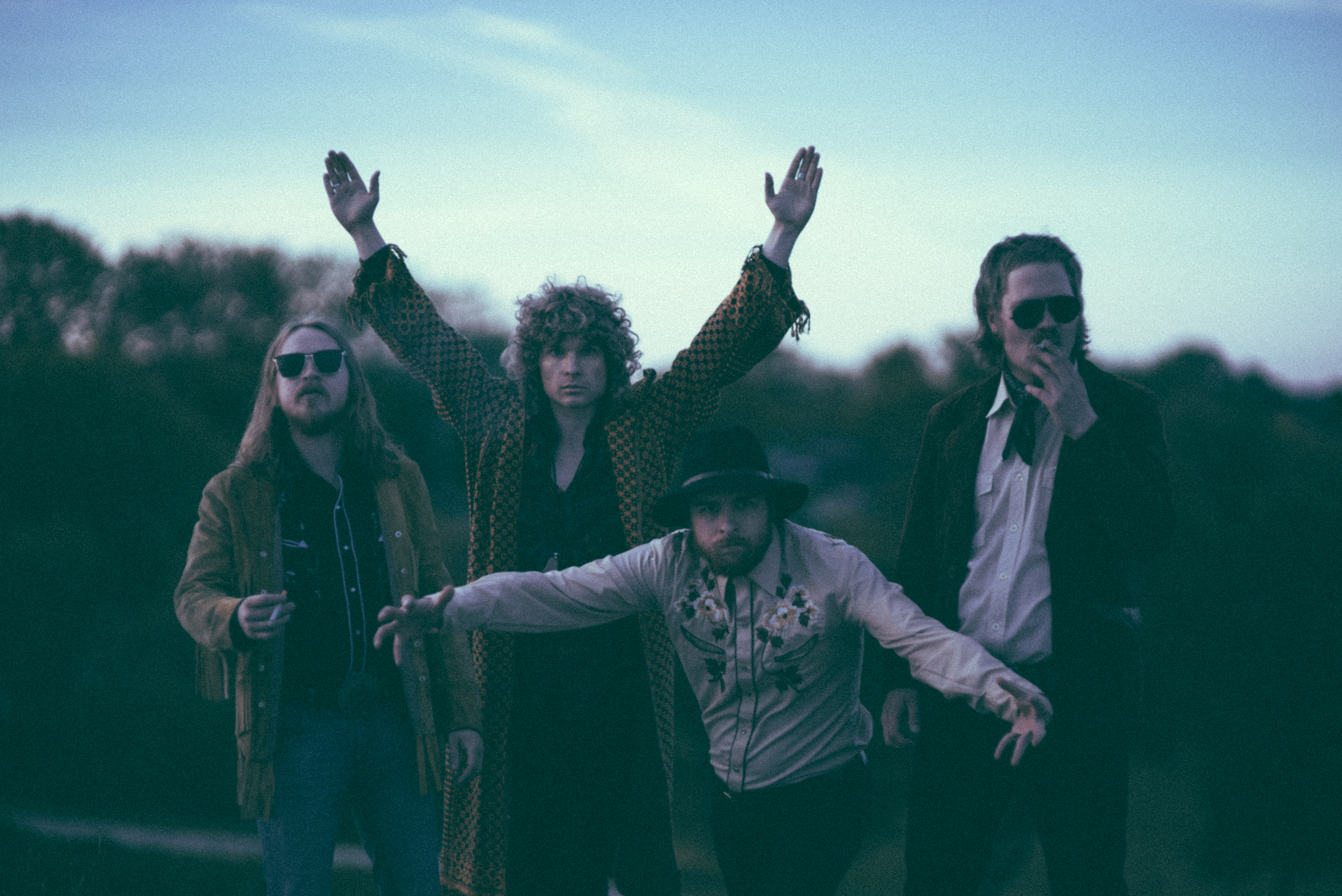 DEATH HAWKS was put together in the spring of 2010 to arrange and record songs by singer Teemu Markkula, but it soon metamorphosed into a real band. The bands intense live shows, with their psychedelic meanderings and in-your-face boogie, soon created an organic hype around the band. DEATH HAWKS released their debut album “Death & Decay” in February 2012 through Tampere-based GAEA records and the self-titled second album came out September 2013. In 2015 the band signed to Svart Records. The group’s third studio album, Sun Future Moon, was released on November 13th 2015.

The group’s references, or at least the most obvious ones, come from a variety of sources, from the blues to psychedelia, spiritual jazz to krautrock, but there is no way you can all the sound pure retro. There’s an overabundance of bands influenced by many of the same genres in the global underground, but few of them can rise above crate-digging and pastiche. So, on paper, DEATH HAWKS sounds tiringly familiar, but as a listening experience it hits the spot, thanks to strong songwriting. High praise for the debut album and a reputation as a mind-blowing live act are now fueling hype outside Finland. Heavy touring has made sure DEATH HAWKS’ live gigs have grown even more fierce. At the same time they master the very core of rock itself and the polar opposite of it.

“Our new album sounds even bigger, more diverse and more beautiful. The band has succeeded in broadening its expression in every element, be it in composition, instrumentation or thematics. The songs explore the cosmos within the modern man. The theme lines up organically with the expanding Death Hawks discography, while simultaneously ushering in a new time, a concept of new age even, for the band. To put it simply, we strived to create a melodic, fascinating gem of an album”, vocalist/guitarist Teemu Markkula describes.

“They’ve got that 60-70s psychedelia-vibe pinned down far better than almost any other “retro-band” I’ve come across (quite a few should just should listen to Death Hawks and give up). However, that’s just a superficial attribute: the music speaks for
itself – they’ve got an intense melodic and psychedelic vibe; that grabs your frontal lobes and drags you along the trip. Their video-hit “Black Acid” has got to be one the closest sonic representations of acid (the mind altering variant, not the material dissolvent) within music. And they really deliver live; so make sure to turn on, tune in and drop out during their show.”
says Enslaved’s Ivar Bjørnson.

“It’s often said that some things people are able to do freely ought to require a license of some sort. Like making babies. Making dark psychedelic rock should be added to that list. It seems so easy, but… Tampere-based Death Hawks could waltz into any government office and waltz out with a license just like that. Their annual checkups would be a breeze. Psychedelic bureaucrats would be falling all over themselves to drown the band in psychotropic innovation grants.
Luckily this is not the case.
Death Hawks comes from Finland. The guitar sings the blues, the bass pounds the jazz and keyboards crawl all over it. A voice sings from deep within a worm-nourished Earth.”
– Kuudes Aisti -festivaali // Sixth Sense Festival